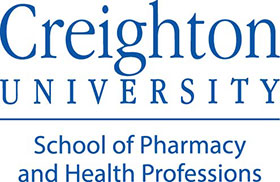 For nearly 40 years, C. Curt Barr, PharmD, has brought an inimitable brand of leadership connecting head, heart, and hands to Creighton University. Barr is the inaugural holder of the School of Pharmacy and Health Professions (SPAHP) deanship for alumni relations where he has crafted the position into a hub that embraces pharmacy graduates from the moment they cross the dais, letting them know their Creighton family is ever at hand. More than 8,000 SPAHP alumni attest to his continuing commitment to Creighton.

Linda Ohri, PharmD, MPH, has made significant contributions in teaching and research in drug information, pharmacist-initiated vaccination services and in public health. Ohri, who retired in August 2018, has been recognized locally, regionally and nationally for her accomplishments and contributions to her profession. She received Creighton’s St. Ignatius Award in 2016, the Spirit of Advocacy Award from the Omaha Metro Immunization Task Force in 2014, and the Governor’s Point of Light Award in 2010.

Ruth Purtilo, PhD, FAPTA, is a national and international leader in bioethics, former director of Creighton’s Center for Health Policy and Ethics, and the first holder of the Dr. C.C. and Mabel L. Criss Health Sciences Professorship. In 2000, Purtilo received the American Physical Therapy Association’s Mary McMillan Lectureship Award – the highest honor bestowed upon a member of the organization. She is an accomplished author and lecturer, and was instrumental in recruiting faculty to Creighton for the nation’s first Doctor of Physical Therapy program.

Amy Haddad, PhD, RN, helped lead the growing national awareness of the importance for formal ethics eduation in the health professions. Her expertise was relatively unique in the pharmacy world and she quickly established herself as an innovative and prolific scholar. Her focus was on inculcating a solid foundation in ethical theroy that was then explicitly translated to contemporary clinical practice. The ethical care of patients was always the articulated goal of her teaching. Haddad’s list of external awards is long and distinguished. She received recognitions for creativity, intellectual curiosity and rare talent such as Carnegie Scholar, Robert K. Chalmers Distinguished Pharmacy Educator, Pelligrino Medal, John and Marsha Ryan Bioethicist-in-Resident,and Rho Chi Lecture awards, to name a few.