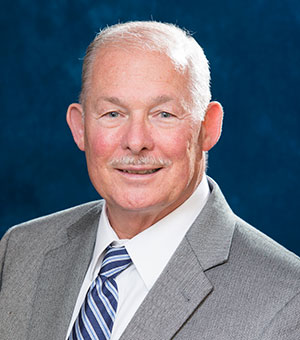 After 20 years at Creighton and nearly 15 years of leadership, defined by significant growth in alumni engagement and scholarship fundraising for the School of Pharmacy and Health Professions (SPAHP), Charles Curtis (Curt) Barr, RP, BSPHA’74, PharmD, assistant dean for alumni relations, officially retired at the end of 2018.

Barr, a pharmacist and educator with more than 40 years of experience, joined the Creighton pharmacy faculty in 1998. He served the community and Creighton students for more than 25 years as an independent community pharmacist and was actively involved in the profession locally and nationally, serving as president of both the Nebraska Pharmacists Association and the American Pharmacists Association Foundation. Barr obtained his Bachelor of Pharmacy degree from Creighton in 1974 and his Doctor of Pharmacy degree from the University of Nebraska Medical Center in 1981.

During his appointment as assistant dean for alumni relations for SPAHP, Barr focused on inventing new ways to help graduates feel connected to the school and each other. His visionary approach to school-based alumni engagement resulted in a significant increase in alumni volunteerism and alumni data integrity. Barr always had an eye for connecting people with Creighton’s distinctive mission and values.

Under Barr’s leadership, the school substantially enhanced its communication and event offerings to Creighton pharmacy, occupational therapy, physical therapy, med tech and respiratory therapy students and alumni — a population that now totals more than 8,000. He established new alumni programming that proved to be both meaningful and measurable. Some of these engagement initiatives include Get Blue athletic events, restructuring of the SPAHP Alumni Advisory Board, and an alumni-in-residence series for pharmacy, OT and PT students. One of the most significant accomplishments was establishment of the Alumni Centennial Endowed Scholarship.

In spring 2018, Barr received the Distinguished Alumni Service Citation from the school for lasting contributions to his profession, community and alma mater.

“Curt is responsible for the development of the strong alumni network that the School of Pharmacy and Health Professions enjoys today,” said Interim Dean Amy Friedman Wilson, PharmD’95. “The impact Curt has had on the school, and our alumni, is his legacy. We will forever be in his debt.”

The SPAHP Alumni Relations Office will continue to be served by associate director Brigid Bidrowski and alumni relations specialist Rachel Mabrey, with support through a strong partnership with the Creighton University Relations division. SPAHP’s fundraising efforts will be led by senior director of development Cody Fuchtman.

Barr will continue to serve as a chaplain with CHI Health part time, and he and his wife, Vicki, hope to travel more. Barr can be reached via email at curtbarr [at] creighton [dot] edu.